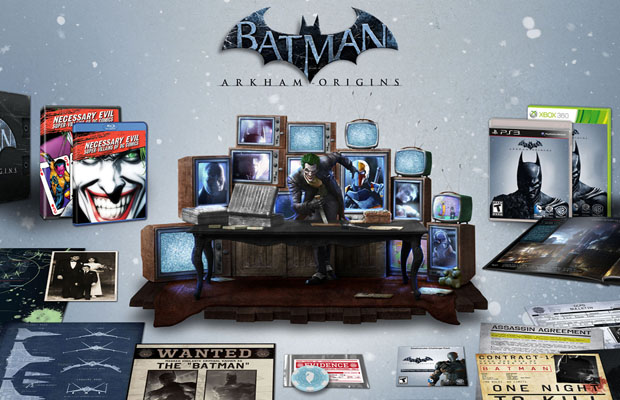 Just recently, WB Games announced the Collectors’ Edition for Batman: Arkham Origins. Batman fans may be happy to hear that the Xbox 360 and Playstation 3 each have their own versions. So what’s inside? Let’s take a look:

– A statue of the Joker featuring LED effects

– Batman Wanted Poster along with Prototype Schematics for the Batwing

In addition, you’ll receive a first-appearance Batman skin, which allow players to look just like the Caped Crusader did when he first came to the scene in Detective Comics #27 circa 1939. The Batman skin is not the only surprise WB has for fans. A Deathstroke Challenge pack is also included and the pack unlocks two extra Deatstroke skins, plus with a bonus map.

North American versions of the special edition will receive a documentary from Warner Bros. showcasing DC’s supervillains, while the PS3 version will also have the Knightfall pack as exclusive content.

Batman: Arkham Origins’ Collector’s Edition will be available on October 25 for $120.