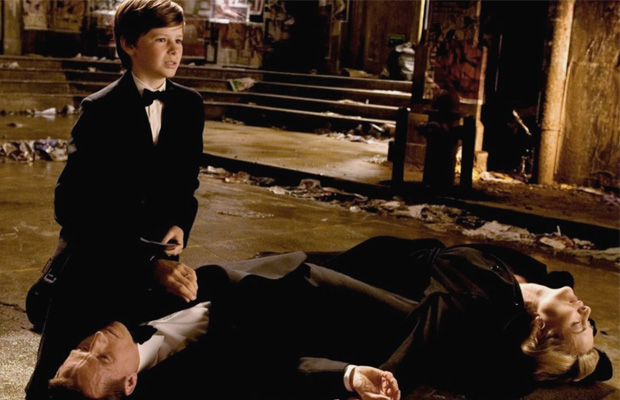 Animation, comics, and film—one of the most famous scenes constantly portrayed in the Batman franchise is the death of Thomas and Martha Wayne. Recent reports and videos from the set of Zack Snyder’s Batman v Superman: Dawn of Justice suggest a version of the famed scene will be present in the upcoming Man of Steel sequel, shot in IMAX at that. An IMAX spokeswoman confirmed the news with Variety, also indicating some of the film would be shot using IMAX cameras.

This would be the first time Snyder has used the filming format. Leaked set photos showed Bruce Wayne present at the grave sites of the Wayne family and Jonathan Kent, though it’s unconfirmed whether these scenes will fit into the narrative or make the final cut. Dawn of Justice hits theaters on March 25, 2016.