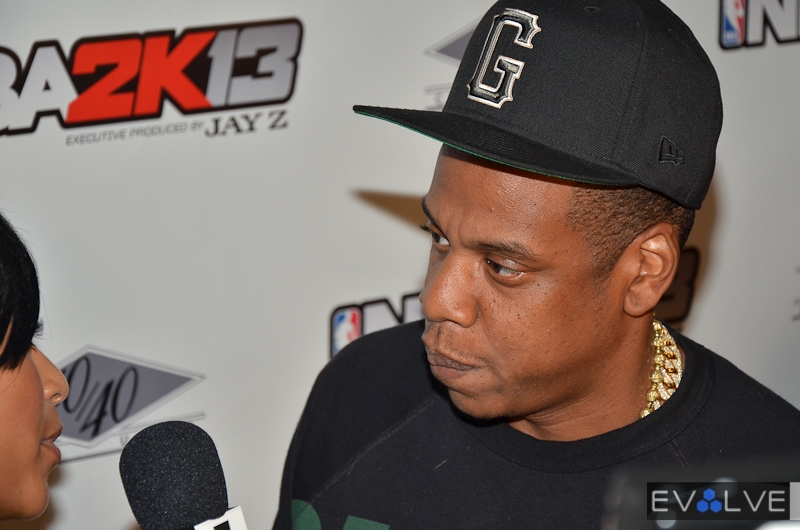 The 40/40 Club in Midtown, NYC was poppin’ as 2K Sports held its exclusive NBA 2K13 event at the heralded venue with the game’s executive producer, Jay-Z, playing host. That’s a heavy look right there, especially since the Jigga man doesn’t make many appearances. The gaming giant invited a number of celebs and NBA ballers to stop by: including cover boys Derrick Rose and Kevin Durant, plus Kris Humphries, Brook Lopez, Iman Shumpert, and JR Smith. MMG staple and event performer Meek Mill walked the red carpet, along with Bow Wow, Adrienne Bailon, several cast members of the Jersey Shore. To call it a star-studded affair would be an understatement. EvolveTV caught up with some of the night’s biggest names to briefly discuss NBA 2K13. Peep our video footage and photo gallery below.