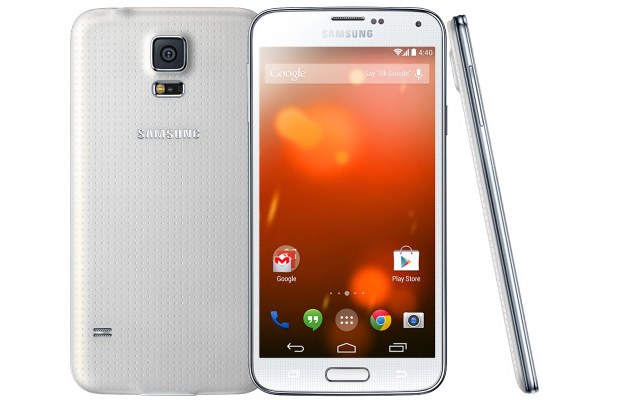 As if its BOGO (Buy One, Get One) offer at launch wasn’t already a steal, Big Red is now selling the Samsung Galaxy S5 at $100 under contract (two years minimum) from now until May 12. The discount is being promoted as part of Verizon’s upcoming Mother’s Day sale. And if you’re mom is looking for something bigger, possibly a phablet, feel free to pick her up a Galaxy Note 3 for $200. Purchase the GS5 and Note 3 by clicking on the hyperlinks.

On the flip side, Samsung looks to be producing a Google Play Edition of its flagship handset, which was briefly spotted on the Google Play Edition devices page with a rendered image of the device featuring stock Android UI. The mobile giant’s went this route with the GS4, and in an attempt to knock HTC’s hustle, we can see the staple releasing such a device going into the summer.

Expect an announcement regarding availability and pricing in the coming weeks.