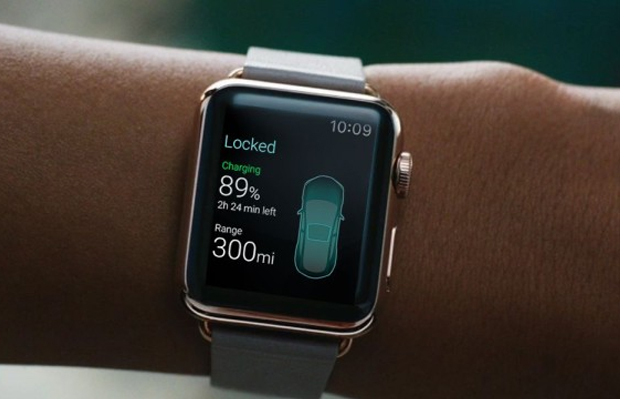 Apple has made it so people don’t wish to carry a wallet thanks to their mobile payment services. Now soon, at least if CEO Tim Cook has anything to say about it, we won’t be needing to worry about your car keys. At least the worry is lost when you’ve got a car with electronic keys.

While touring the new research and development facility in Germany, the head of Apple revealed the desire to have the Apple Watch serve as a focal point of the daily lives of the user. No longer needing to worry about keys in the pocket, the Apple Watch will let you enter and start your car. It is unknown if the device will mimic the current generation of keyless entry and start options or be an attempt to force automakers to incorporate Apple designs in to future vehicles. Making the story even juicier, there have been persistent rumors about Apple wanting to develop a car. Some signs point to an expansion of the CarPlay system, and inclusion of the Apple Watch as just the first step.

The European trip for Tim was not completed, he also mentioned there will be a redesign to the Apple Store strategies, to include the Apple Watch. Recent reports place design czar John Ive and retail chief Angela Ahrendts both in on the project. Some believe the overhaul will be design to entice new users to the Apple Watch, in particular those used to shopping in boutiques.

The clock is winding down on the release of the Apple Watch, but Apple just seems to be getting started.