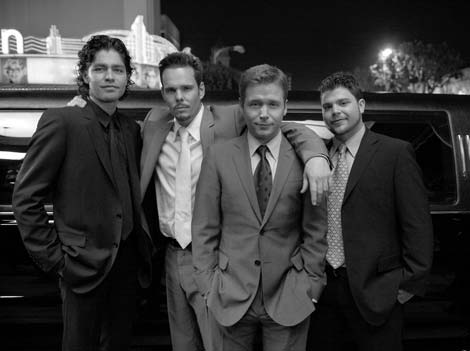 Yea, the last three seasons of “Entourage” have been dookie, but that isn’t stopping HBO from thinking big; big screen that is. With the show slated to finish next summer (2011), theHollywood Reporter mentions that creator Doug Ellin is in the process of scribing the final season, with interest of turning the series into a motion film.

“[Creator Doug Ellin] is appropriately reserving — he wants to write a film, but wants to do it when the story will make sense. He’s pitched other shows to us. I will expect that within the next couple of years [he’ll have another show on HBO]. But ‘Entourage’ next summer will definitely be the final season.”

Does “Entourage” have enough testosterone to pull in big bucks at the box office like “Sex in the City”? Better yet…do we even want to see Ari Gold on the big screen? This will be an interesting development.