Thomas Jane Says He Won’t Be Returning as The Punisher 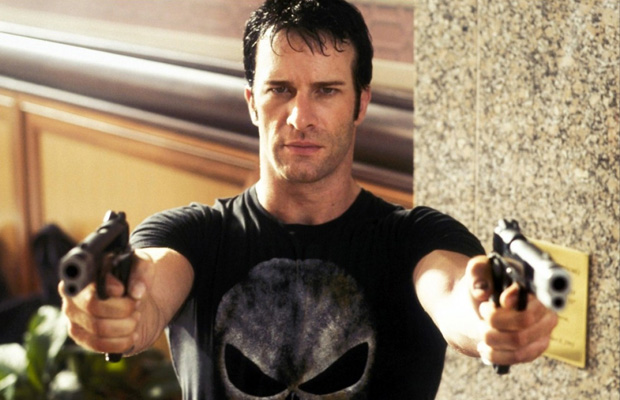 Of all the struggling comic-book franchises that have tried – and failed – to reach the towering heights of, say, Iron Man or The Dark Knight, the Punisher is a character that has been particularly plagued at the multiplex. Amongst the likes of other so-much-potential yet so-little-payoff films like Dredd and Daredevil, Frank Castle has been unable to leave a mark on fans, and has been even less capable of digging into their bank accounts.

However, with that said, Thomas Jane – who portrayed Castle in 2004’s The Punisher – managed to amass a sizable and devoted fan base who were more then let-down when it was announced that he would not be reprising his role for a sequel. Unfortunately, we come bearing even more bad news for this fan base: Jane has now stated, with clarity, that he will in all likelihood not be “punishing” anyone again anytime soon. When asked about his future with the character, as well his involvement in the 2012 short film The Punisher: Dirty Laundry, Jane had this to say:

“I hope that The Punisher will continue. I hope they get an idea of what it can be and how to make it successful. I hope that they use that short film as a template for how to make it truer to what that character is. I feel like I’ve done it even though it was a short film. I said what I wanted to say with that guy.

I don’t think I ever really was the perfect Frank Castle. I look at him as Italian. A guy who, I guess I’m the right age now, but I would see him as a weathered guy. My body is not quite perfect for Frank. I would see Frank as more of a square jawed, lock-jawed kind of guy. I don’t know who it would be. I think you’d need an unknown to play Frank. He’s really the ideal asshole.”

While Jane may be out of the picture, this is not to say that the Punisher will be out of sight, out of mind for too long. Marvel – the commercial powerhouse presiding over the entertainment industry at the moment – has reclaimed the rights for the character, and based on its staggering output, it wouldn’t be too odd if we saw Castle stalking alleyways onscreen in the near future.