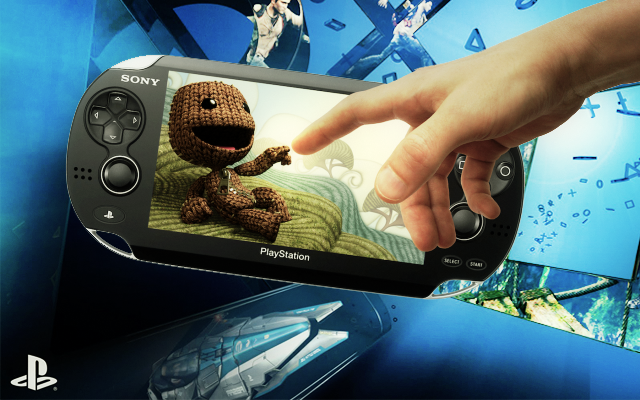 The PS Vita launch is closing in on us: February 22 to be exact. And unlike the PSP, Sony’s new portable has an impressive launch lineup in store for consumers. From Uncharted: Golden Abyss to Ninja Gaiden Plus, along with 23 other great titles being rumored, gamers have some though decisions to make when approaching the GameStop register. As you’ve heard, every title being released will make use of the system’s unique hardware enhancements, but none more important to the gaming experience than its newly integrated multitouch functionality. So which games will make the best use of the Vita’s touch presence? Get a feel for the Top 5 PS Vita Launch Titles Most Reliant On Touch Controls.

Namco Bandai’s Katamari franchise is a fan favorite amongst worldwide gamers, and what better way to re-introduced the series than by bringing it to the Vita, with a new twist on gameplay that is. When you first thrown on the title, players will automatically feel at home, rolling up an ever-growing katamari of debris, people, and eventually landscapes to help create stars. The big difference here lies in the Vita’s touchscreen use, which lets you squeeze the katamari in order to fit through tight spaces or stretch to help cover more ground. The demo speaks for itself.

Escape Plan features two characters, Lil and Laarg, who have been captured and need your feelers to navigate through a series of puzzles. The touchscreen allows players to interact and manipulate settings, like poking dangerous objects out of the way or creating unique pathways via swipe to save the lives of the two protagonists. The back touchscreen is operated just as much as the fore, providing the ability to move platforms and objects into place for advancement. Whether navigating the duo or knocking a lamp off a wall, developers have promised the Vita’s touchscreen mechanics will be exercised in nearly every aspect of the game, creating a full interactive, multitouch environment. With quick thinking and swift reflexes, an escape from death row will be certain.

When ModNation Racers first hit the PS3, it was praised for its Mario Kart-esque feel and powerful customization system for characters, karts, and tracks. Sony developers have managed to shorten the time length for track creation from minutes to seconds with the assistance of the Vita’s display, used entirely to create new and transform old tracks. With just a swipe of your finger, players can pop the hood of a racer to perform mechanical upgrades and swap out parts, as well as add objects and landscapes to each road.

The premier fighter on the next-gen systems is world renowned for its huge, yet bizarre cast of characters and flashy combat system. With this port of the latest Capcom installment, the developers made the game easily accessible to newcomers of the franchise by integrating a “Touch” mode that lets you pull off multiple, high-flying, and finisher combos by cheese-tapping on the touchscreen excessively. There’s also an option to swipe up on the screen to perform aerial combos, while activating hyper combos is as simple as tapping on the meter. Switching between characters and initiating assists can also be executed by hitting on their faces near the top of the screen.

This arcader stars a group of weird-looking creatures that have crashed-landed on the Whoman world and are being pursued by the evil Botz. You’ll find an assortment of mini-games here that are heavily dependent on the Vita’s touch functionality. One game requires the use of the rear multitouch pad in order to alter environments and roll deviants around to collect items, plus avoid enemies in flying ships. Another one forces players to pull at the front and back screens to launch your deviant across a wrestling ring with the intent of eliminating zombies. Sounds like Angry Birds meets The Walking Dead. In short, you’ll find yourself engaging in some augmented reality scenarios that’ll require some touchscreen finesse.