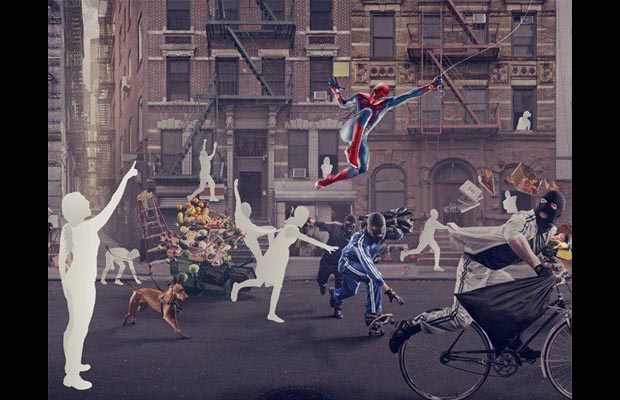 Sony and Warner Bros. are hot on the promo trail with their summer blockbusters, as the former plugs its new Sony NEX Camera with this live action image of Spidey on the crime hunt, while we see a suited Christian Bale posing for a children’s book of The Dark Knight Rises. It should be interesting to see how PG the publisher makes it. The Amazing Spider-Man shot looks dope. Spidey swings into theaters July 3rd, 2012 and Bruce Wayne saves Gotham once again July 20, 2012. 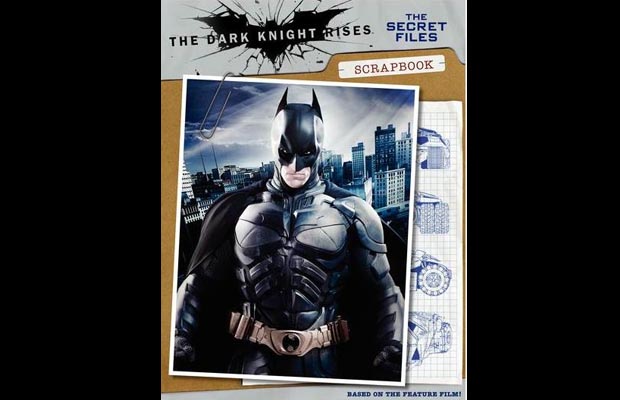 One of the world’s most popular characters is back on the big screen as a new chapter in the Spider-Man legacy is revealed in “The Amazing Spider-Man.” Focusing on an untold story that tells a different side of the Peter Parker story, the new film stars Andrew Garfield, Emma Stone, Rhys Ifans, Denis Leary, Campbell Scott, Irrfan Khan, with Martin Sheen and Sally Field. The film is directed by Marc Webb from a screenplay written by James Vanderbilt, based on the Marvel Comic Book by Stan Lee and Steve Ditko. Laura Ziskin, Avi Arad, and Matt Tolmach are producing the film in association with Marvel Entertainment for Columbia Pictures, which will open in theaters everywhere in 3D on July 3, 2012.

“The Amazing Spider-Man” is the story of Peter Parker (Garfield), an outcast high schooler who was abandoned by his parents as a boy, leaving him to be raised by his Uncle Ben (Sheen) and Aunt May (Field). Like most teenagers, Peter is trying to figure out who he is and how he got to be the person he is today. Peter is also finding his way with his first high school crush, Gwen Stacy (Stone), and together, they struggle with love, commitment, and secrets. As Peter discovers a mysterious briefcase that belonged to his father, he begins a quest to understand his parents’ disappearance – leading him directly to Oscorp and the lab of Dr. Curt Connors (Ifans), his father’s former partner. As Spider-Man is set on a collision course with Connors’ alter-ego, The Lizard, Peter will make life-altering choices to use his powers and shape his destiny to become a hero.

Every hero has a journey. Every journey has an end. Christopher Nolan returns to complete the epic Gotham trilogy that launched with Batman Begins and reached the stratosphere with the billion-dollar blockbuster The Dark Knight.

Batman is now hunted by the law led by his friend Commisioner Gordon for taking the blame of Harvey Dent’s murders and protecting his reputation. He must quickly deal with the arrival of new villain Bane who is bent on the destruction and chaos of Gotham City, face old wounds and get a handle on the enigmatic Selina Kyle before his city is lost for good.

Oscar Winner Christian Bale reprises his role as Bruce Wayne/Batman for the third time along with stars Michael Caine as Alfred, Gary Oldman as Commisioner Gordon and Morgan Freeman as Lucius Fox. Inception stars Marion Cotillard and Joseph Gordon-Levitt join the cast as WayneEnterprise board member Miranda Tate and Gotham Cop John Blake. Rounding out the cast are Anne Hathaway as the sleek Selina Kyle and Tom Hardy as the powerful villain Bane.