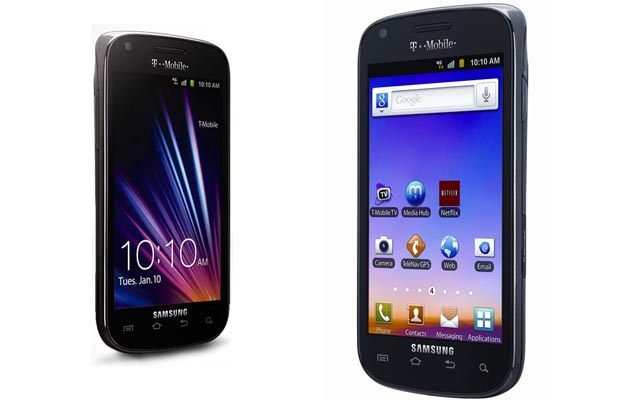 T-Mobile’s smartphone line-up has been pretty bland so far this year. Aside from ushering in the first Nokia Windows Phone 7 device to the market, the mid-level Lumia 710, it’s practically been MIA on the Android front. Samsung steps up to the plate and gives America’s largest 4G network its latest powerhouse: the Samsung Galaxy S Blaze 4G. The critics just got their hands on the handset and began rolling out their reviews. So with improved performance and 4G speeds on the bill: Is the Blaze 4G ready to heat up the market or will the likes of other Android heavyweights like the HTC One S cool its momentum? Here’s the latest Samsung Galaxy S Blaze 4G review round-up.

Alex Colon (PC MAG)
“The Galaxy S II is bigger and better than the Galaxy S Blaze 4G in many ways, but size matters. A huge handset like the Galaxy S II just isn’t comfortable for everyone. And while the Blaze lags behind the Galaxy S II in a few areas, it matches where it counts the most: processor and network speed. That, combined with a smaller, more comfortable form factor, makes it a great choice for T-Mobile users without king-size mitts.”

Jessica Dolcourt (CNET)
“With the Samsung Galaxy S Blaze 4G, you’re looking at a solid midrange Android smartphone that packs a punch, and has a reasonable initial price tag. T-Mobile customers wouldn’t go wrong with the handset, especially if they don’t want to pay top dollar, but it isn’t for those looking for the cutting edge…Still, if you don’t need a new phone this instant, I might recommend waiting to compare the Blaze with the HTC One S—expected to arrive sometime by late spring—which is an Ice Cream Sandwich phone with an 8-megapixel camera and almost no shutter lag.”

Dieter Bohn (The Verge)
“The Android ecosystem moves fast: the Blaze 4G would have been the dark-horse hit of T-Mobile just six months ago. Today, the Blaze 4G is not a hero device, it’s not top-of-the-line, and it’s not going to turn any heads – except for people who do double-takes when they realize it’s not a BlackBerry. That said, Samsung has put together an Android phone that overchieves in the performance category and can lay genuine claim to super fast download speeds relative to other non-LTE devices.”

Cory Gunther (Android Community)
“There isn’t really anything lacking from the Blaze 4G other than possibly the screen size and camera quality. If you want the best of the best from t-Mobile look for the Galaxy S II, or the HTC Amaze 4G. For everyone else that wants a great and overall solid phone, and a great price, the Galaxy S Blaze 4G is the perfect smartphone in the overall scheme of things.”

Ginny Mies (PC World)
“The bloatware is the phone’s only real weakness, but the fact that users can’t easily remove these carrier/manufacturer-added apps makes me hesitant to recommend the Blaze 4G enthusiastically. If you’re a fan of Samsung’s Galaxy series and want the latest and greatest smartphone, you might want to hold out for a few months as the Samsung Galaxy S III is rumored be launching soon.”

Chris Burns (SlashGear)
“Here in the Galaxy S Blaze 4G you’ve got a step between the Galaxy S II line and the original Galaxy S line. If you’re looking to spend just a bit less than you’d otherwise be dropping on the hero Galaxy S II line here on T-Mobile, this is your winner. You can grab this phone from T-Mobile today and you’ll not regret your decision to do so—unless of course you’re waiting for the Galaxy S III, a device which will trump this one in both the power and price departments. That’s your cross to bear!”