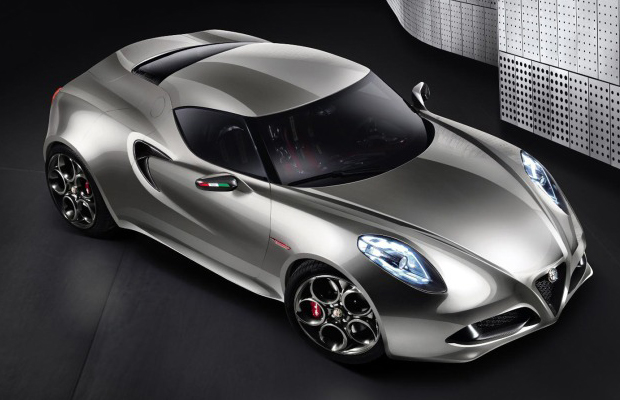 Alfa Romeo has ran one final tune-up on its stunning 4C concept speedster: decorating it in a “fluid metal” matte gray and “near-production-ready” trim, just in time for its unofficial unveiling at the 2011 Frankfurt Auto Show. While Alfa has been hush-hush on details, other than stating its compact whip “has been refined and enriched with technical contents to enhance the dynamic excellence,” the Italian auto manufacturer has shared some new specs. The 2011 4C Fluid comes laced with a turbocharged 1,750cc four-cylinder, direct-injection gas engine that produces more than 200 hp, and weighs in at 1,875 pounds. A six-speed TCT twin-clutch automated manual gearbox is also present. The 2011 Alfa Romeo 4C is expected to go into production sometime late 2012 and will run for around $60,000. Here’s some snapshots to hold you over till the Frankfurt Auto Show. 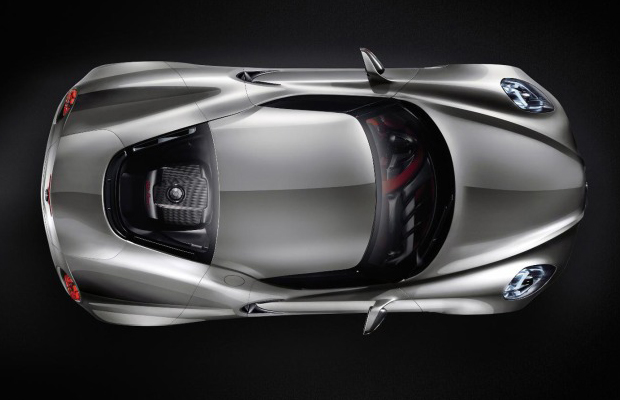 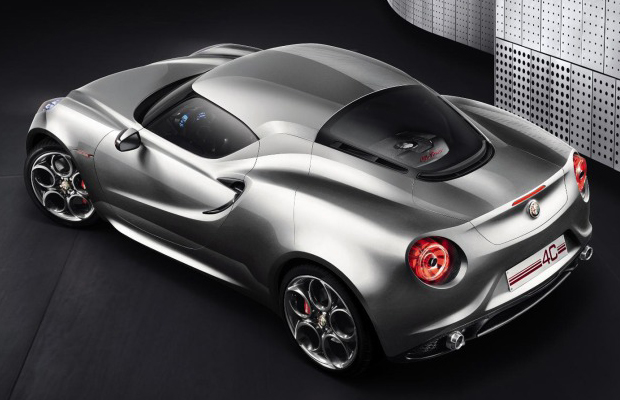