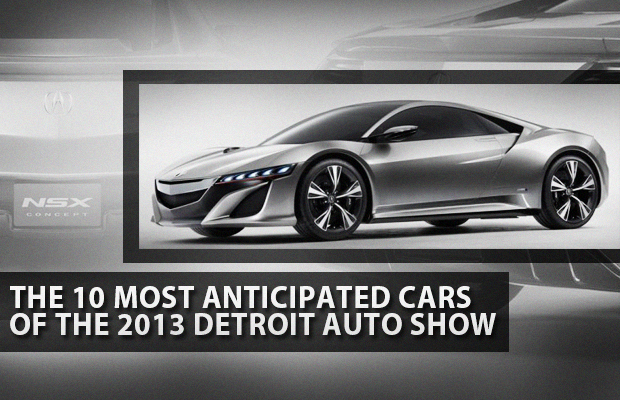 The New Year is upon us and that can only mean two major events are on the horizon heading into 2013: CES and the Detroit Auto Show. Some might argue that both shows go hand-in-hand with each other, but let’s be serious—autophiles have their calendar marked for Motown’s biggest yearly expo. The previous unveilings from the Tokyo and LA Auto Shows have us excited over what we can expect to see at this year’s affair, especially with every major auto force confirming the debuts of their future flagships models. What a way to kick the year off. From luxury supercars to concept-turned-production models, here’s a look at the 10 Most Anticipated Cars of the 2013 Detroit Auto Show.

Related: 5 Reasons to Love the 2013 Ferrari F12 Berlinetta
Related: 5 Things You Should Know About The 2013 McLaren P1