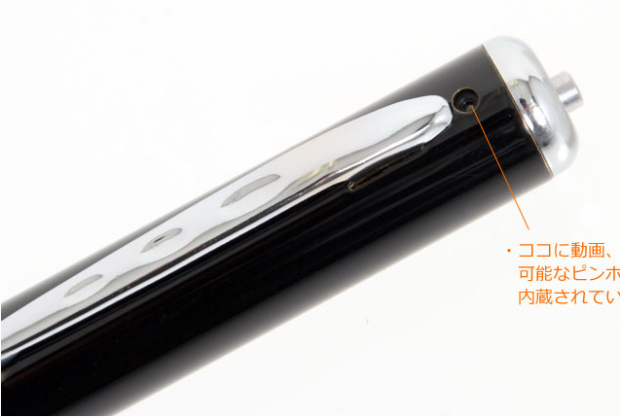 I know somewhere off coast of the Mediterranean, James Bond is sipping an umbrella drink smirking to this new gadget; the Super Slim Video Pen 2. Announced by Thanko, this spy pen manages to shoot video in HD (1,280×960 at 30fps, to be more exact), plus shoots JPEGs with the same resolution as well. It’s 14cm long and weighs 30g, stores 1.5 hours of video with its internal memory, but also supports microSD cards (up to 16GB). Thanko says an 8GB card is enough to record around six hours of HD video. Users just need to press a button on top of the pen to start the recording the micro camera is right under it. Video files can later be transferred to your PC (as long as it runs under Windows XP, Vista or 7) via USB 2.0 (the pen has a miniUSB slot). Thanko is selling the spy pen for $65.