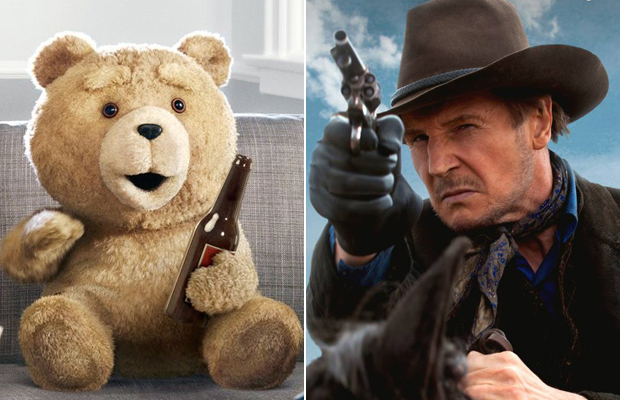 The raunchy teddy bear is back for seconds. Ted 2 is coming soon and adding new stars to to the cast. The Hollywood Reporter announced Liam Neeson and Morgan Freeman will be teaming up with Seth MacFarlane for the sequel. The first film was a massive success which is probably why Ted is coming back; however we don’t exactly know why Ted is coming back.

There are no details about the plot yet, just new members of the cast. Of course Mark Wahlberg will return but we can say goodbye to Mila Kunis and hello Amanda Seyfried. Morgan Freeman will also have an appearance in the film. We can only imagine what role Neeson could have. Maybe Ted can offer a new role for him, instead of his usually well portrayed spy persona. Either way, Ted 2 is coming with fresh faces and hopefully a fresh plot line. Three years ago, the film was released and audiences loved it but after three years can Tex make us laugh again?