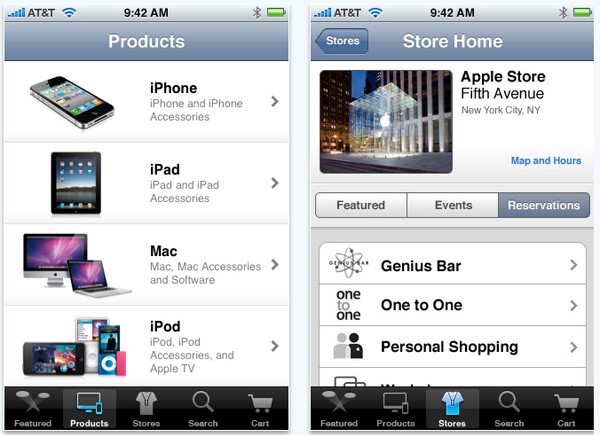 Only a few days fresh in the App Store, the Cupertino Clan’s new Apple Store App is said to have a security loop that could allow hackers to “take data, send text messages or destroy information” from your iPad or iPhone, according to one security researcher. Charlie Miller of Accuvant Labs made the discover and created a test app that allowed him to download whatever app he wanted from the App Store, which he demonstrates on an iPhone in his recently posted YouTube video. After reporting the bug to Apple, the company removed the app from the App Store and is said to be “fixing it,” then suspended Miller from its developer program for a year.

Miller responded on his Twitter account: “OMG, Apple just kicked me out of the iOS Developer program. That’s so rude!” Indeed. At least we know to keep our iOS discovers away from Apple. Check out Miller’s YouTube video below.