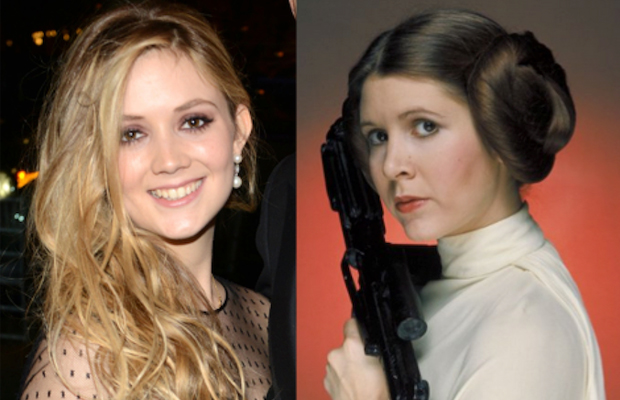 Rumor has it that Carrie Fisher’s daughter Billie Lourd has been cast to play a younger Princess Leia in Star Wars Episode VII. While this latest Star Wars update is unconfirmed, it would make sense for Fisher’s daughter to play a younger version of her character during flashbacks featured in the film. The visual similarities between the two actresses would also work for Lourd to play Leia’s daughter, which is another popular rumor circulating the web this week. All rumors aside, this is definitely a fun theory about the upcoming segment of the series. Will nepotism be on Lourd’s side? We will just have to wait and see.