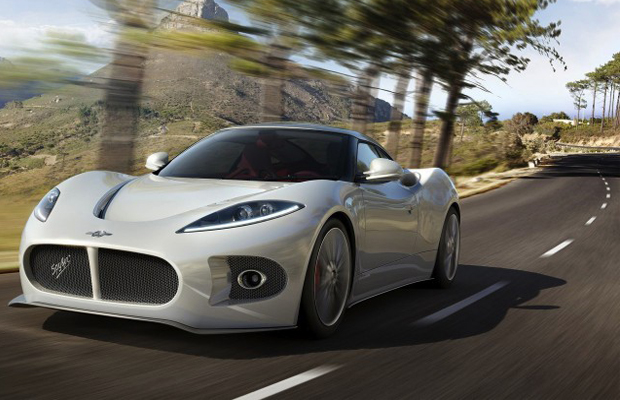 The Spyker B6 Venator Spyder concept turned heads during the 2013 Geneva Motor Show. Absent on the scene since it’s last outing, the high-profile supercar looks to be released a month before the Frankfurt Auto Show, making a special apperance at Pebble Beach during Car Week. Spyker’s speedster will run on the same engine featured in its coupe rendition, a 375hp, V6-engine fitted with a 6-speed manual gearbox. Its interior looks to sport a brand new aluminum dashboard, quilted leather, and gearshift mechanism. The Spyker B6 Venator Spyder will most likely run in the $160,000 (and higher) price range. Save your pennies autophiles.

Related: Lamborghini Veneno Roadster Could be Offered in Limited Production
Related: Audi R10 Concept is a Gorgeous Reimagining of the Supercar