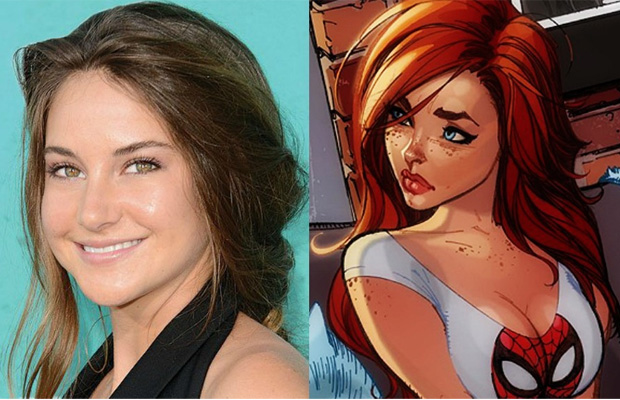 When it comes to up-and-coming stars, Shailene Woodley is skyrocketing to the top of the list, having two blockbuster films under her belt this year alone: Divergent and The Fault in Our Stars. The lucky number could have been three, had her part as Mary Jane Watson in The Amazing Spider-Man 2 not been cut by director Marc Webb.

Still in all, that didn’t seem to phase the actress, who graces the new cover of Vanity Fair and broke her silence on Webb’s decision to remove her scenes from the film:

For a few hours it was literally like, ‘Oh, my God, was I awful? Why did they cut me? What are people going to think?’ I woke up the next morning and I was like, ‘O.K., it makes total sense..’ I’m a pretty spiritual person, so I can just sit back and trust that everything happens for a reason, even if my ego doesn’t like it.”

Some might call it a blessing in disguise, considering the critical backlash ASM2 has garnered since its release this past May. Whether or not Woodley signed on for any future installments remains unknown. If not, something tells us she’s passing on the opportunity and committing to the Divergent sequels. We would.