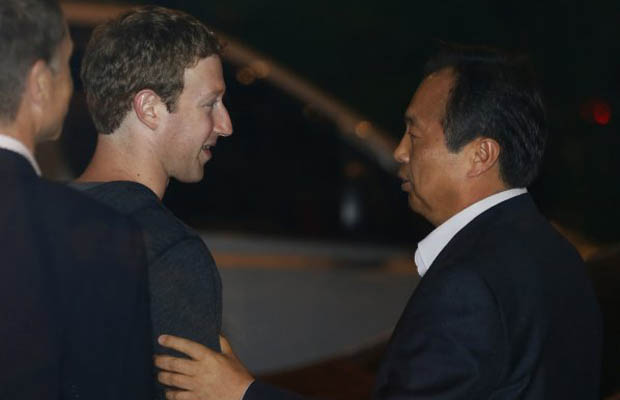 Talks of Facebook releasing a smartphone have been around for the past three years, and while two mobile incarnations were created in conjunction with the social network (HTC Status and HTC First), none were ever truly considered the official Facebook phone. Now comes talks of CEO Mark Zuckerberg having traveled to South Korea this week, meeting with top executives at Samsung to request their manufacturing services for such a device. The Korea Herald reports Zuck brought the proposition to Samsung chief JK Shin about releasing a FB mobile that would run its popular Home app for Android, to which Shin rejected.

Ain’t that some sh*t? The recent decline from Samsung serves as proof that smartphone manufacturers see no future in a Facebook phone, especially after seeing the disastrous results of the HTC First—the only phone to ship with Facebook Home. Bad reviews from the Google Play faithful regarding FB Home seems to have also brought up some red flags, along with rumors of AT&T discontinuing the First soon. Ouch!