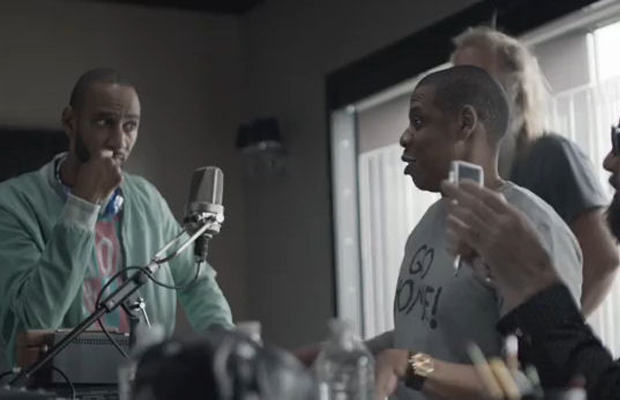 If you aren’t a basketball fan, or maybe found more entertainment value in Sunday’s True Blood Episode, then chances are you missed Samsung’s latest salvo against its mobile competitors—and it’s a striking blow one to say the least.

During game 5 of the NBA Finals, Jay-Z hit our television screens to showcase his latest partnership with Samsung in a new commercial, which gave viewers a sneak peak into the creation process of his recently announced Magna Cartus Holy Grail album due out July 4th. Aside from hearing snippets of tracks from the LP, there were guest appearances by production giants like Rick Rubin, Pharrell, Timbaland, and others.

This is clearly a production orchestrated to push Samsung’s Galaxy line. However, the real coup d’etat comes from smartphone owners having the opportunity to earn a special goodie, as Samsung announced it would issue the album for streaming via app days before its launch to the first one million people who download it. Of course, this is exclusive to Galaxy owners.

So how do you get yours? Here are the details:

Oh, and here’s the video is you missed it.