Is This the Samsung Galaxy S4 Zoom? 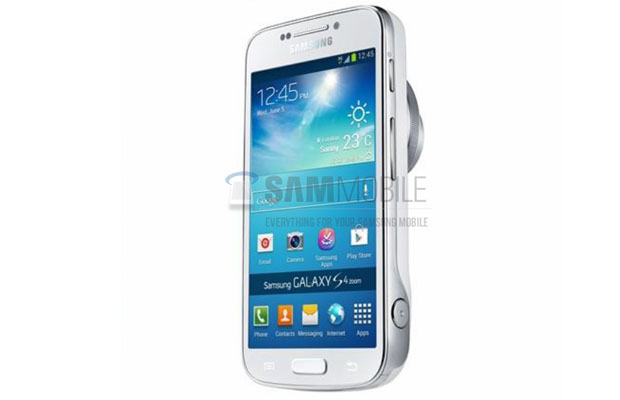 Samsung’s made a killing off the Galaxy imprint and is doing something with the latest generation series that it’s never done before—expand the line with subsidiary devices. The mobile giant already confirmed the GS4 Mini and Active phones. Now comes word of the company possibly showing yet another smartphone during its upcoming Premiere event in London on June 20th. Take a look at what’s presumed to be the Galaxy S4 Zoom.

Judging from the leaked image, it practically resembles a GS4/Galaxy camera hybrid. Some of the rumored specs on the Zoom include a 1.6GHz dual-core CPU, 4-inch qHD display, 8GB of internal storage, microSD slot, dedicated shutter button, Jelly Bean OS, and signature 16GB rear camera. If the specs hold up, we’re looking at a mid-level Android phone, which is something the Galaxy faithful is usually never too fond of.

Whether concept or real, the hardware alone on the phone doesn’t thrill us much. Luckily, Sammy hasn’t acknowledge or made any announcements regarding this so-called prototype. Hopefully it remains that way. But we’ll see heading into the next two weeks.