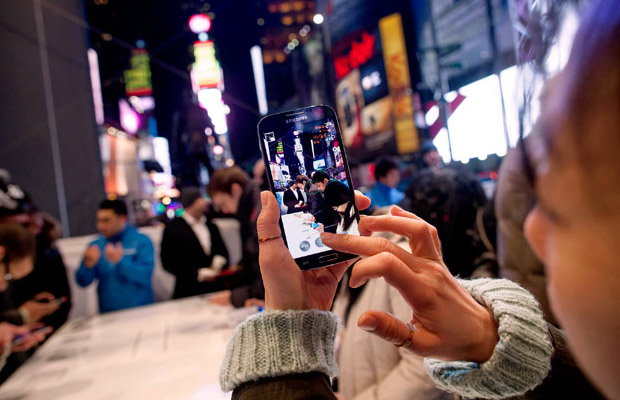 After months of reports and speculation, Samsung’s finally pulled the wrapping off its latest next-gen smartphone, the Galaxy S4, during its massively swamped Unpacked Event at Radio City Music Hall. Over-excessively extravagant in its unveiling, Samsung put on a show for the many techsperts in attendance, while giving everyone some hands-on time with the mobile and demonstrating its extensive set of features. And if you livestreamed the event or caught it live in Times Square, then you’re well aware of everything. So now that the industry’s gotten a taste of the “next big thing”: What are the initial impressions thus far? Seems like we have a mixed crowd. Take a look these Samsung Galaxy S4 reactions.

Related: 5 Reasons To Make the HTC One Your Next Android Phone
Related: The 5 Hottest Samsung Galaxy S IV Concepts

Tim-o-tato (Droid-Life)
“Samsung was able to take the Galaxy S4, make it smaller than the Galaxy S3, while also giving it a bigger display and make it thinner. Now, that sort of sounds like something Apple did with the 4S to the 5, but for some reason this seems more impressive to me, given that the S4′s display is a whopping full 5″ and not a mere 4″ like the iPhone 5′s…I appreciate that Samsung went the extra mile and delivered the Galaxy S4 running Android 4.2.2, but this just looks like every other Samsung device running TouchWiz. I didn’t even think it was possible to make the Android 4.2+ pulldown bar look any uglier. Why the heck do you have all of those ugly a** skinned tiles on the bar? That is seriously horrendous and I curse you for it.”

Rich Trenholm (CNET UK)
“There’s no question the S4 is an absolute beast of a phone. It takes everything you could ask for in a smart phone and punches it up to the limits of modern phone technology, with a glorious screen, powerful processor and top-flight camera. But just as we’re disappointed every time Apple gives us the smallest update to the iPhone, the phone fan in us would have liked a dash of revolution with our evolution. The S4’s new features are divertingly gimmicky, but not particularly dazzling or useful, and the whole package is wrapped up in a body that’s all too familiar. Still, the S4 is Samsung at the top of its game.”

Joseph Volpe (Engadget)
“HTC can proudly boast about the One’s aluminum unibody, LG can claim style points for its glass-plated Nexus 4 and the whole of Android’s consumer base can whinge on about the need for premium materials in a flagship device, but it’s all just background noise to Samsung. True to tradition, the GS 4 is an all-around plastic affair and, really, did you expect anything else? Although, the company has now injected that glossy body with a subtle cross-hatching that lies just beneath the surface on the front and back. The effect is reminiscent of the patterns used on the Optimus G and G Pro, but it’s a decidedly inferior imitation that does little to elevate the GS 4’s build quality. …The Galaxy S 4 is a testament to Samsung’s ethos: an unabashed focus on features over design, and an immense desire to fork Android as best it can. Still, as much as its add-ons differentiate this handset from last year’s, we can’t shake the feeling that the GS 4 falls flat next to the competition. In fact, we get the sense Samsung could’ve called this device the GS III Plus — that certainly wouldn’t be out of step with its naming conventions in the past.”

Larry Magid (Forbes)
“Samsung came out with specs and features that we’ve never yet seen in a smartphone, including any phone that begins with the letter i….Still, I was impressed with the phone’s photo features beginning with its 13-megapixel, back-facing camera. But what I really liked is the camera’s ability to include the photographer in the picture….There’s a great deal more to say about this phone and its features and — again — I’m not yet ready to pass judgement, but I liked what I saw and can say without any hesitation that Samsung — at least for the moment — is a few steps ahead of Apple when it comes to the “cool” factor.” 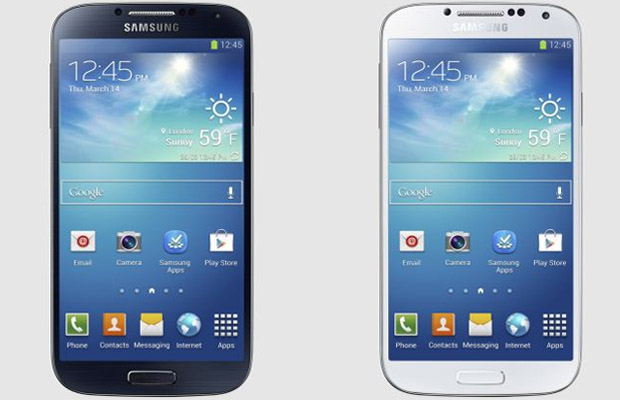 Analie Cruz (TechWeLike)
“I am not disappointed in the S4 because it’s exactly what I expected. Samsung saw a lot of success with the S III and they are continuing with that formula. The problem is that consumers like to see a difference. Sure, there are upgrades under the hood, but the phone still looks the same on the outside. There is no physical change. It doesn’t feel new, and they do not like that. They want to feel a new phone. Some are calling this the “Samsung Galaxy S IIIS”, which reflects on the minor updates…Right now, there is talk of one obvious competitor. Some are talking about going over to the HTC One because of the new award winning design. The aluminum body has been raved about from nearly every gadget site and blog. The question is which manufacturer’s skin do you enjoy more or hate less, Samsung’s TouchWiz or HTC’s Sense?”

Dan Rowinski (ReadWrite Mobile)
“The screen is totally beautiful, at least from my initial look, and highly responsive. This matches what users have come to expect from Galaxy S devices – the S3 was an extremely smooth touchscreen…Overall, it is hard to tell with a just quick impression exactly what the experience of using the Galaxy S4 will be like. There are so many new features that could be terrific – if they actually work as advertised. The danger is that Samsung’s Galaxy S4 smartphone could turn out to resemble its own launch event: overblown, overproduced and visually appealing – but more annoying than pleasant.”

Jason Gilbert (Business Insider)
“The fourth in the increasingly popular Galaxy S line is Samsung’s latest attack at Apple and its iPhone. And once again, Samsung is tackling Apple with a huge screen, an impressive camera and an entire suite of new, imaginative software features that differentiate the Galaxy S4 from any other phone on the market….Still, Samsung clearly has momentum on its side, with some suggesting that this launch was the first to match the hype usually reserved for the introduction of an iPhone. Whether the Galaxy S4 will live up to that hype — in either sales or critical acclaim — we will know soon.”

Melissa Grey and Lauren Hockenson(IGN)
“Essentially, if you’re already a sworn Android fan, the Galaxy S4 is exactly what you want. The updated screen, elongated battery life and some of the most useful apps to date are more than enough to make the upgrade. However, it’s not an earth-shattering change, and those looking for a big reason to jump ship to an Android smartphone may find the new handset lackluster. If you’re waiting for a vast leap forward in smartphone design and technology, it might not be the device for you. With the Galaxy S4, Samsung seems more focused on changing the phone from the inside out than revolutionizing a design that the company and its customers are already comfortable with.”