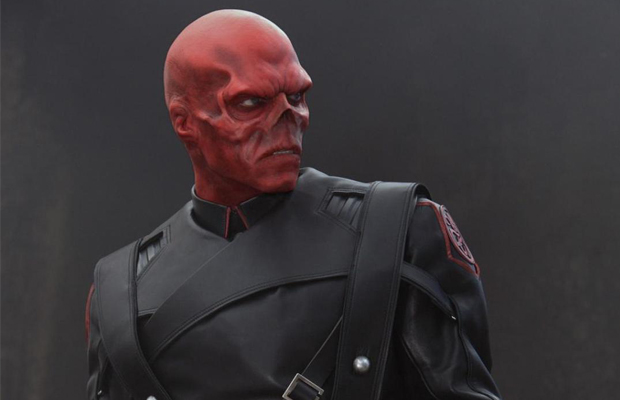 Director Joss Whedon might have almost pulled a fast one on us. After watching the trailers for The Avengers, it would seem like Thor nemesis Loki (Tom Hiddleston) would be the film’s primary baddie, but Whedon could have a huge surprise for us in the form of a surprise appearance from the Red Skull (Hugo Weaving). Collectible miniatures company, NECA, plans on releasing an Avengers-themed HeroClix line next year, and the product description looks to spoil the film’s secret villain:

“Charging straight out of theaters and onto your tabletop, Marvel’s the Avengers Movie HeroClix set features heroes like Captain America and Thor as they battle the villainy of the Red Skull and Loki! Each Counter-Top display includes standard one-figure boosters as well as new three-figure “Team Packs”! Team Packs are designed with strong thematic undertones – play a Hydra force or defend freedom with a S.H.I.E.L.D. team pack!”

We last saw the Red Skull being transported into another realm in Captain America: The First Avenger, so his return seemed inevitable. We just never expected it this soon. If this is the case, well done Whedon.