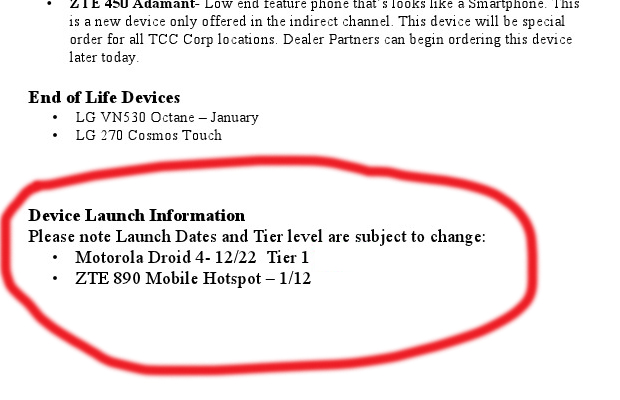 Over the past few weeks, it’s been heavily rumored that Motorola would be unleashing the Droid 4 during the same release window of the Samsung Galaxy Nexus. Now Droid-Life has received a document indicating the Verizon-exclusive is still on pace to hit retailers before Christmas: December 22 to be exact. The first LTE Droid phone bears a near identical spec sheet to that of the Droid RAZR, minus the five-row QWERTY keyboard and 4-inch qHD display. Pricing is being rumored at $200 (w/two-year contract). Seeing how the phone still runs on the Gingerbread, and judging by the negative reception of the Droid 3, we don’t see Moto’s urgency to rush this into stores before end of year. Seriously. Right now, we’re just waiting for Verizon to make an official announcement.