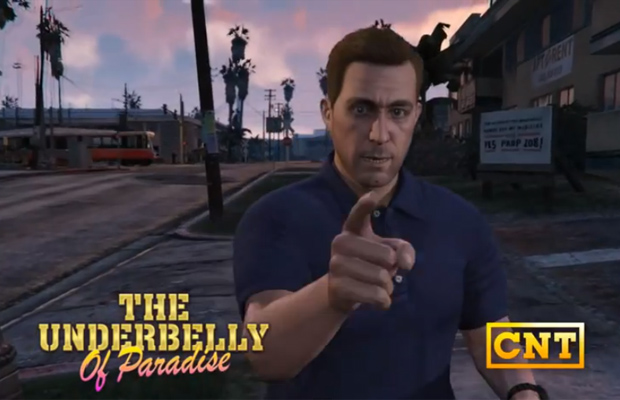 If the GTA V trailers had you psyched for the game, then these wild in-game commercials will only heighten the excitement. Rockstar decided to share a little more with fans by releasing these previews showcasing some of the products and services that’ll be available in Los Santos. Bizarre doesn’t begin to explain these visuals. Take a look at all five, which should hopefully strike your interest in the game, if nothing else has by now. GTA V will be released on September 17th for the Xbox 360 and PS3.