Hugh Jackman Believes ‘X-Men: Days of Future Past’ Will “Blow People Away” 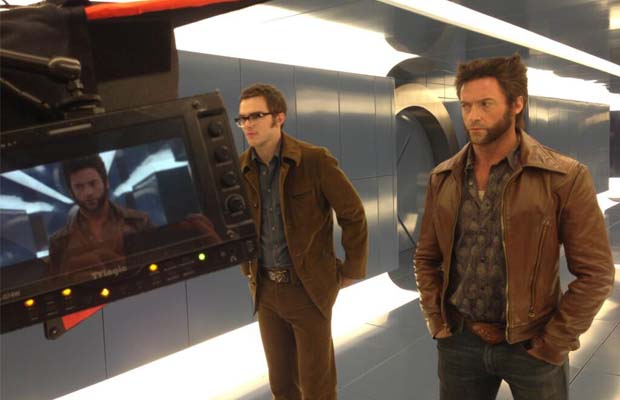 Expectations for the upcoming X-Men: First Class sequel are huge, especially after audiences caught The Wolverine secret ending. With director Bryan Singer unveiling teasers on his Twitter feed and the cast dishing on Days of Future Past in recent press junkets, the anticipation continues to grow. And if you ask actor Hugh Jackman what to expect, he has nothing but great things to say about the film.

During a recent interview with Access Hollywood, Jackson discussed the film’s progress and how it could possible serve as a sequel to other X-Men films:

“I was in a screening and when the little – Easter Egg as we call it – came up, during the credits of The Wolverine, I just heard people yelling and screaming. To see Patrick Stewart come back out in the wheel chair, to see Ian McKellen with that fedora on. I know, having sat on a panel at Comic Con with that extraordinary cast. I keep saying that it’s two movies in one, but the science of it is like three-in-one and it really is gonna blow people away, because the story. And Bryan Singer is going to be the first director to make increasingly better movies in a franchise, I’m not sure anyone else has done it.”

Could the “three-in-one” tease mean we’ll see a film that’s part X-Men 4, Business Class, and Future Past? This end result should be epic, nonetheless. Days of Future Past hits theaters May 23, 2014.