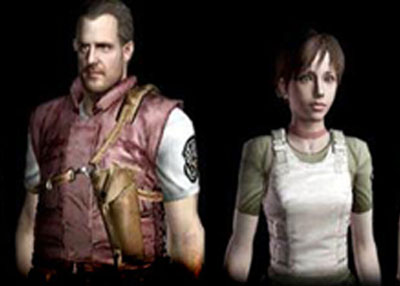 Well, Well…if it isn’t Barry Burton and Rebecca Chambers. Both Resident Evil originals made their guest appearances (while Rebecca had her own starring role in Resident Evil 0) in previous entries, and with the alumni; Chris Redfield, Jill Valentine and Albert Wesker returning; Capcom felt compelled to have a R.E. reunion. Both characters will be included in the Resident Evil 5: Gold Edition as playables in the new Mercenaries Reunion Mode, which will be available for the PS3 and Xbox 360 on March 9th. Hit the jump to see the character trailers: