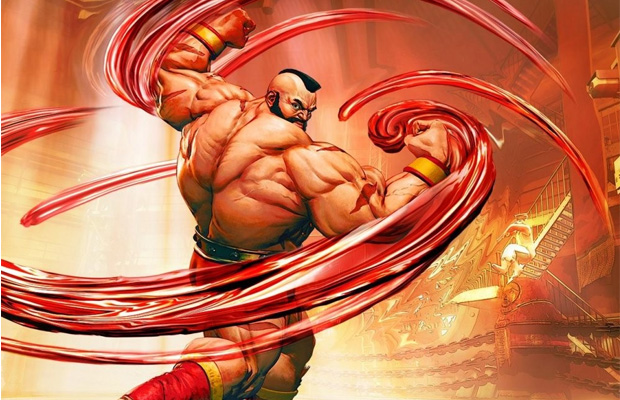 Revealed at the Russian Gaming Expo IrgoMir, Capcom and Sony revealed a trailer to show off Zangief’s movset which contains a mixture of his classic tricks and some brand new ones. True to the classic this new Zangief still uses many classic body slams, suplexes and various other powerful wrestling moves to inflict as much pain as possible on opponents. However with the new V-Trigger system added Zangief can become even stronger or even hard to hurt.

With the V-Trigger Iron Muscle Zangief can absorb one attack and if close enough can perform a grapple. While his Iron Cyclone V-Trigger if continually pressed causes Zangief to spin faster and faster in a cyclone fashion dragging enemies to him directly. While his inclusion is not that surprising it is still great to see the red cyclone back in Street Fighter facing off against the likes of Ryu, Ken and many more to come.