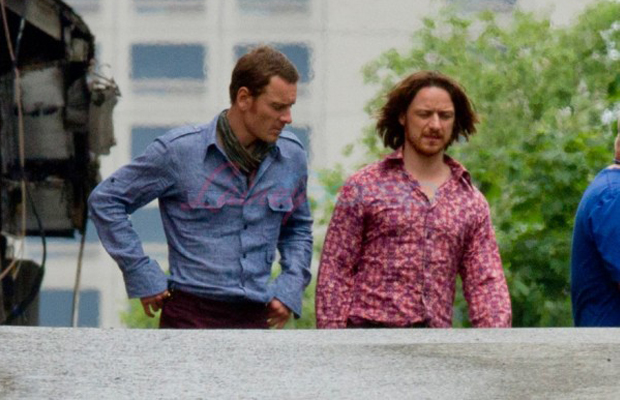 Last time we say Charles Xavier, it was in First Class and he took a bullet to the back, leading to his permanent paralyzed state. Guess helmer Bryan singer has other plans for Professor X, as these new on-set images from the Days of Future Past film show the X-Men leader walking alongside frenemy Erik Lensherr AKA Magneto. Groovy outfits, right?

A second on-set shot caught Game of Thrones actor Peter Dinklage in costume, which pretty much leads us to believe he’ll be portraying Bolivar Trask. For those who aren’t up on their Marvel comics, he’s the creator of the Sentinels.