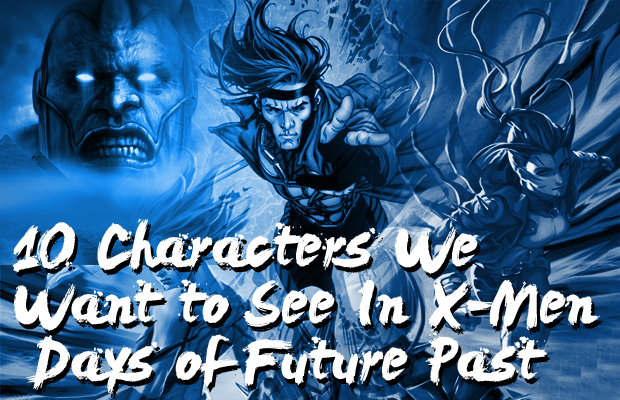 Days of Future Past, originally seen in the pages of the Uncanny X-Men written by Chris Claremont back in 1981, is one of the most popular story arcs in the Marvel Universe. For those unfamiliar with the plot, it features Kitty Pryde as a citizen of a future where through the X-Men’s failure of stopping a critical event, Sentinels rule and mutants become the hunted—subjected to living in internment camps and leading to the brink of extinction. As a last resort, Kitty reaches out to her past self in an attempt to warn the X-Men about the future and how to prevent the disastrous outcome.

The storyline would also spawn a number of new characters and side tales, which would also be adapted in the classic ‘90s X-Men cartoon and place its own spin on everything. Now as shooting begins on the film adaptation, director Bryan Singer has begun to roll out a grocery list of mutants making appearances in the film via tweets and Vine clips. The recent updates have left fans salivating as he prepares to bombard the big screen with what could be the largest collection of Marvel characters ever, eclipsing The Avengers. With all hype continuing to build, Evolve decided to create a wish list of mutants that deserve a spot in the upcoming sequel. Take a look at the 10 Characters We Want to See In X-Men Days of Future Past.