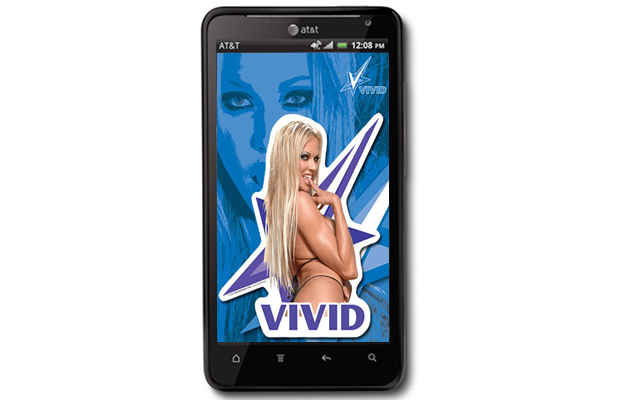 As of right now, it’s uncertain whether Vivid will take further legal action, but HTC refuses to comment on the matter. Here’s a look at a key portion of Vivid Entertainment’s released statement:

[Vivid’s attorney Mark Hoffman] said HTC America’s use of the Vivid trademarks “creates the false impression that your company and your company’s products are affiliated, connected, or associated with and or sanctioned by Vivid Entertainment.” He added, “We believe it is possible that your company is not unaware of this conflict.”

Mr. Hoffman gave HTC America until Monday, November 21 to respond to his letter and cease using the Vivid trademark or “our client will have no alternative but to pursue all legal remedies.”

“For the past 27 years Vivid has worked hard to protect and build its brand. We believe this is a clear infringement and will use all legal remedies available to protect our trademark,” said Steven Hirsch, founder/co-chairman of Vivid Entertainment.