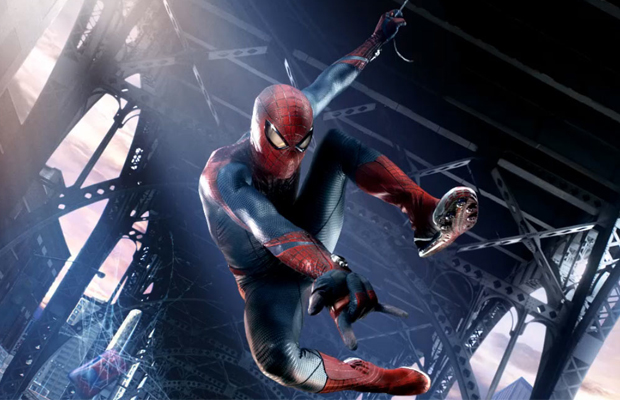 We’re not gonna sit here and tell you how bad The Amazing Spider-Man 2 was. You witnessed the horror in theaters. What we will say is that original script for the film sounded far better than the final cinematic product. Badass Digest managed to score an earlier version of the film’s screenplay, breaking down the 10 biggest alterations made to the sequel. There were tons of interesting tidbits discovered that are definitely worth checking out. But to save you some time, ComicBookMovie paraphrased the more important changes, which you can read below.

– Mary Jane. As we all know Shailene Woodley was cast as Mary Jane Watson, shot some days and then was cut from the movie. The original script includes all of the MJ scenes, and she’s introduced as the Parker’s new next door neighbor. Her dad is an abusive drunk and she’s a waitress who builds motorcycles in her spare time. She has a Spider-Man tattoo on her wrist, and she’s clearly interested in Peter, who is totally hung up on Gwen. At one point Spider-Man confronts MJ’s dad, telling him to lay off the girl. At the end of the script Gwen comes to Peter’s house before heading to London; he’s gone but she meets the new neighbor. They have a friendly exchange and MJ says that she always attracts dickheads and asks Gwen what her advice is to get a guy like Peter. “Date a nerd,” Gwen says before heading off to die, basically giving MJ the okay to get with Peter.

– J Jonah Jameson. JJJ’s in the original script, as is Robbie Robertson. We see Peter, who is a student at Empire State University, bring his first Spider-Man pictures to JJJ, who gives him a tour of the Daily Bugle. JJJ complains that the internet is killing the newspaper business; later, Spidey and Electro’s first fight send them crashing through the Daily Bugle offices and the printing presses.

– Peter’s blood. In the original script Peter actually gives his blood to Harry Osborn. This is a huge improvement over the finished film, where Harry just injects himself with spider venom. In the original script the Goblin suit is better explained – it isn’t for military use but was specifically built in secret for Norman Osborn. When Richard Parker wouldn’t give his blood to Osborn (the Parker DNA still being the key to it all), the suit went into Norman’s boathouse where Harry finds it.

– The death of Gwen Stacy. It plays out mostly the same in the original script… but Gwen, back broken, hangs on to life long enough to demand that Peter never give up. Because this is the same character who promptly broke his promise to Captain Stacy in The Amazing Spider-Man, Peter quits being Spider-Man in the next scene.
​
– “With great power…” The finished film has a terrible bit at the end where Peter quits Spider-Man for a bunch of months, and this time passes by in a montage. The same thing happens here! But instead of finding a tape of Gwen’s super on-the-nose graduation speech, Peter is approached by… his dad! Yes, Richard Parker shows back up at the end of the script, and he tells Peter he’s been watching him for years. He’s seen him become Spider-Man and everything. It’s Richard who convinces Peter to become Spider-Man again, and in his last scene in the movie he tells Pete “With great power comes great responsibility,” FINALLY working the famous phrase into this new series.

So, yea, umm, this sounded way better than what the film turned out to be. Wouldn’t you agree?