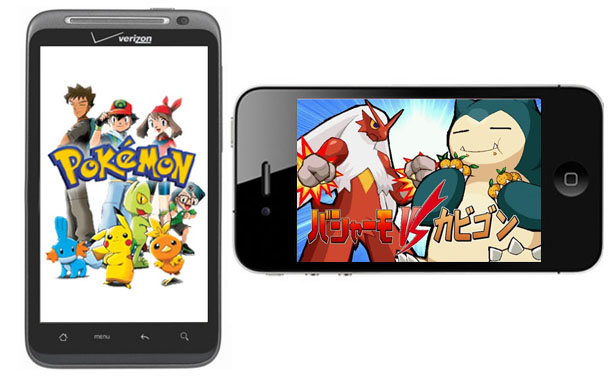 To see Nintendo branch out of its 3DS system and offer one of its most popular portable gaming licenses to both Apple and Google’s mobile OS is dumbfounding: especially since both companies are competitors. Nevertheless, the Big N is taking a peek at what they can do with Android and iOS by bringing an new Pokemon title to the Android Market and iTunes store.

Pokemon Say Tap is the game, and while it might feature a number of your favorite pocket monsters, it’s nothing like the classic Pokemon games we know and love. The new title will be part card game, part rhythm game, and will supposedly ditch the hunting, gathering, and battling aspects of the original games.

Sadly, there isn’t any indication when this game will cross the sea from Japan. So all Pokefans can do is hope that Nintendo might actually consider making something worthwile for us iOS and Andriod stateside users.