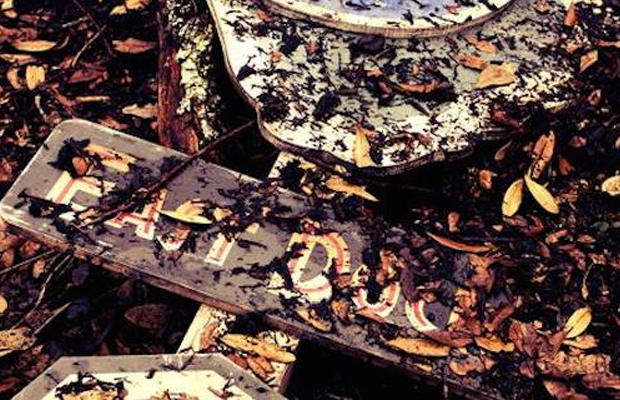 Jurassic World may have wrapped filming, but director Colin Trevorrow has been giving us some teasers in anticipation of the film’s 2015 release. He tweeted a new image from the set this morning. The pic is of an old sign covered with Autumn leaves. He has been feeding our fire for this project, which is to be released (in 2D, 3D, and IMAX) June 12, 2015.

Jurassic World comes 20 years after the original film and takes place at a dinosaur theme park on Isla Nublar. Everything is going well until one dinosaur figures out how to create chaos. The madness has to be combatted by the tamed Velociraptors. Until we discover the wonders of Jurassic World, we can just hope for more pictures of props and scenes. 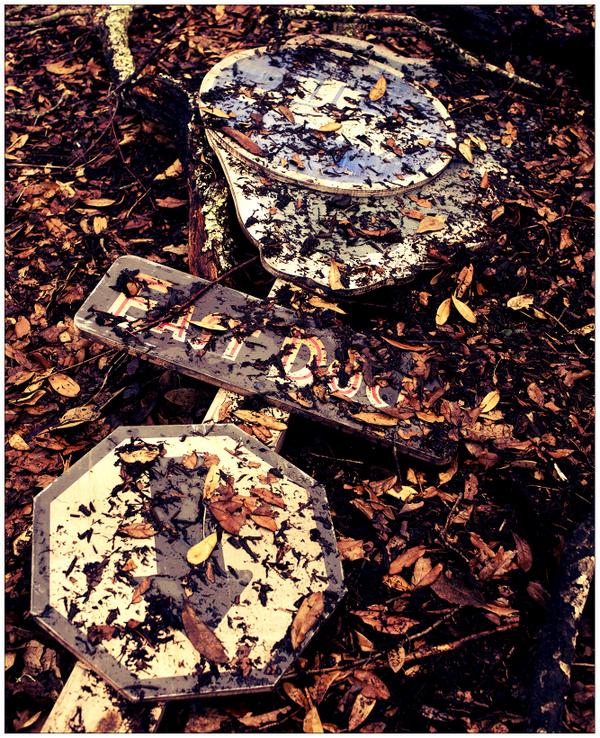