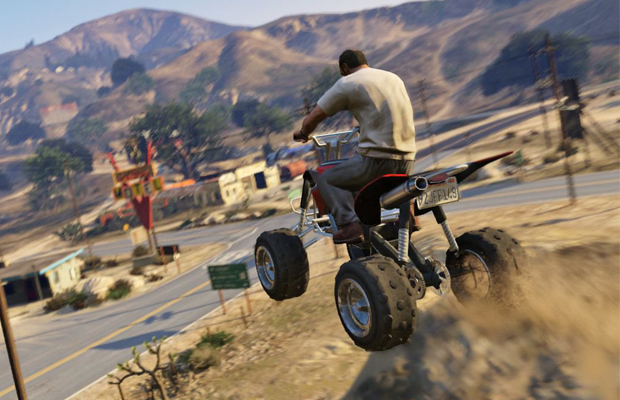 “The game world is beautiful, massive, and diverse.” Indeed it is. Rockstar Games gives the gaming world an extensive look at its upcoming blockbuster with this new GTA V gameplay trailer. The near-5-minute preview showcases the title’s new character switching system, which lets gamers jump between the perspectives of the three lead characters. And that’s just the tip of the machine gun. Tons of weapons, vehicles, and insane missions lie ahead. It’s freaking unbelievable. Grand Theft Auto V, we anoint thee 2013 Game of the Year. Indulge in the preview below.