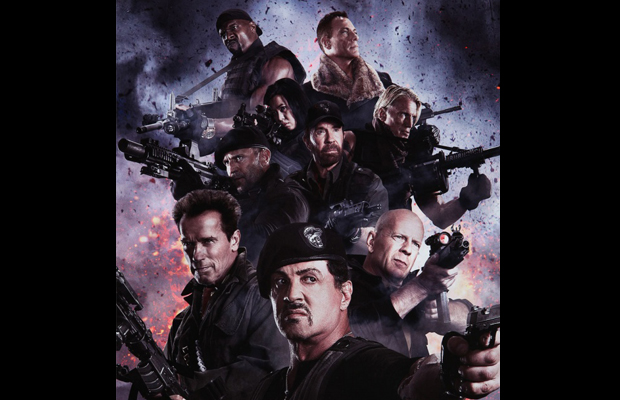 New reports from Global Arnold have one of the cast members of The Expendables 2 revealing some of the film’s story details. Who’s the Expendable in questioning? Dolph Lundgren. According to GA, Lundgren was interviewed by a Japanese news reporter and spoke about the following developments for the upcoming action sequel. Note: Possible spoilers up ahead.

– “The Expendables 2″ opens with the scene rescuing Trench (Arnold Schwarzenegger) which became a captive in Burma.
– Agent Church (Bruce Willis) forces the Expendables to do an new mission afterwards.
– There are Arnold Schwarzenegger, Bruce Willis and the scene where Chuck Norris is together.
– Jean-Claude Van Damme is villain. a position of Steve Austin in “The Expendables Part 1″. Scot Adkins is a villain, too.
– An action scene and the conversation scenes of comedy-like actors increase, too.

The opening scene should be pretty insane. The one from the first film was. Those who haven’t caught a glimpse of the full-length Expendables 2 film poster can check it out here. The Lionsgate distributed film hits theaters next summer.