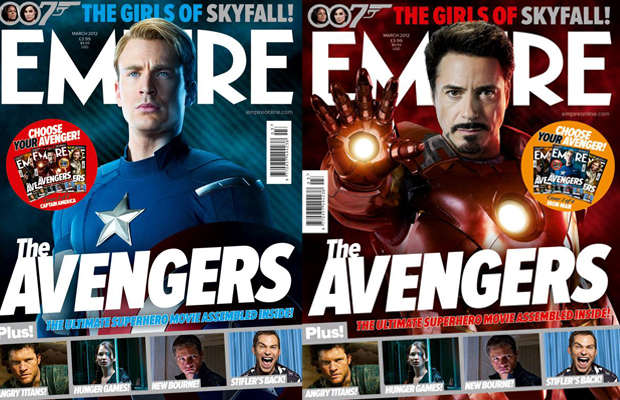 With the summer film season only four months away, Marvel is on the promotion trail pushing its first major blockbuster, The Avengers, giving Empire an exclusive cover story. Four covers are set to hit the stands featuring Iron Man (Robert Downey Jr.), Captain America (Chris Evans), Thor (Chris Hemsworth), and Black Widow (Scarlett Johansson). In addition to an on-set look of the film, the publication chopped it up with producer Kevin Feige to discuss those surprise villain rumors that have spread like wildfire on every comic book forum and entertainment blog. So should we expect the Skrulls and Red Skull to make special appearances? Here’s what Feige states:

“It’s not Skrulls, I’ve been clear about that,” he said. “Beyond that, we want to hide it. The identity of the alien race is not impactful. It exists in the comic books, but we’re not setting up the Kree-Skrull war or anything like that….Was Skull vaporised at the end of the movie, or thrust into another realm? That remains to be seen. It would be fun to see Skull in future, but he’s not in this one.”

Another interesting note concerning the cover story has been the overwhelming response to Iron Man’s suit, with fans asking why Tony Stark’s armor doesn’t don the triangle Arc Reactor. Empire took to its twitter page and responded to fanboys:

The Avengers opens in theaters on April 27 in the UK and on May 4 in the US. Assemble your squad and man the Fandango site for midnight screenings. 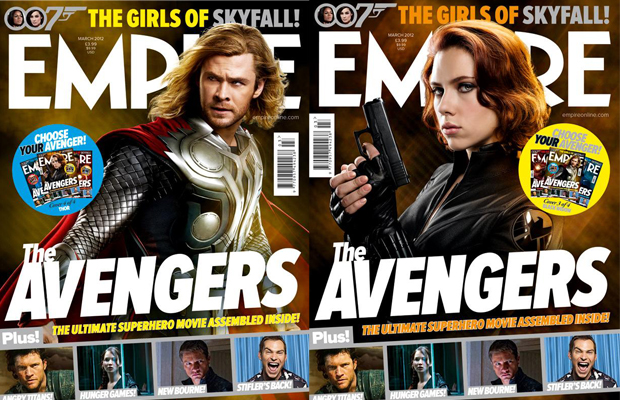