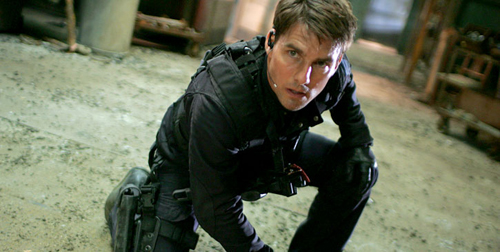 Variety spills the beans on the latest developments for Mission: Impossible IV—mark Memorial Day 2011 on your calender—that’s the projected release date. It’s been noted the script is still a work in progress, but the biggest “shocker” is the announcement of Tom Cruise returning as Ethan Hunt for yet another mission. Rumors were swirling of a new agent coming on the scene, with Cruise making a cameo as a mentor of sorts, but then again, this announcement could be misleading…he might actually be a mentor with a cameo…or the actual protagonist. Stay tuned for further developments.