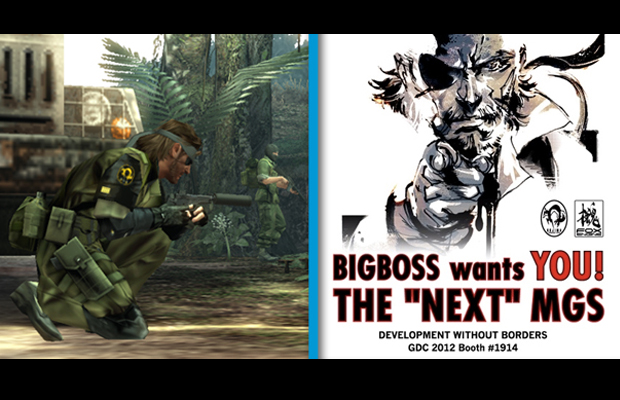 Developers Kojima Productions pretty much confirmed it was at work on a new Metal Gear Solid , as Hideo Kojima and senior producer Ken-inchiro Imaizumi tweeted links to the company’s job site, which features the following tag: Big Boss wants You! The “NEXT” MGS”. Those who’ve clicked on the site where presented with the image below, stating Kojima Productions would be in attendance at the GDC Career Pavilion in search of “skillfull engineers, artists, and game creators” to assist with the development of the next MGS game. Now rationally, we might not be looking at Metal Gear Solid 5, but a possibly spin-off like Rising or Peace Walker. But all signs indicate a sequel to Guns of the Patriots. That’s what we all really want. 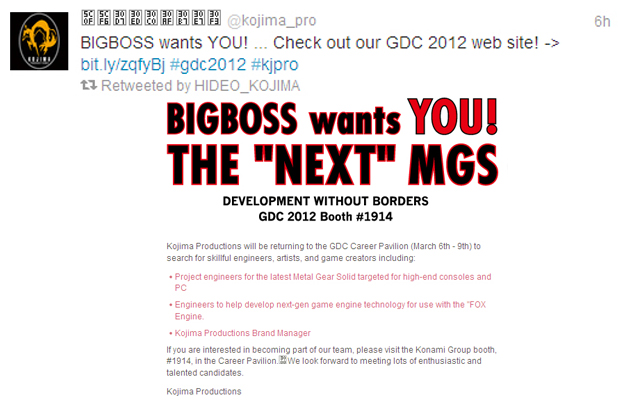