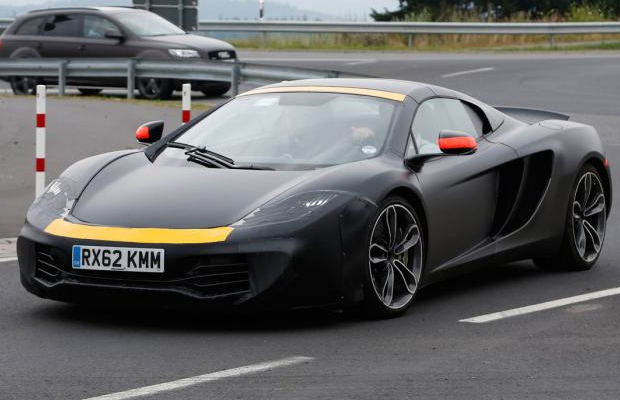 Car & Driver is reporting the upcoming McLaren P13 could be made available in three different body styles. While it’s already known that coupe and convertible versions of the supercar will hit the market, the publication claims the automaker is producing a GT variant that will boast a rear luggage compartment. That seems to be all in terms of shared details. Or is it?

Another source told the magazine that the P13 could likely become the most popular V13 variant, as it “looks more like an E-Type than the Jaguar F-Type does.” Each model is expected to follow the same modeling scheme as the 650S and flaunt a carbon fiber monocoque chassis with a detuned twin-turbo 3.8-liter V8 engine capable of generating up to 500 bhp.