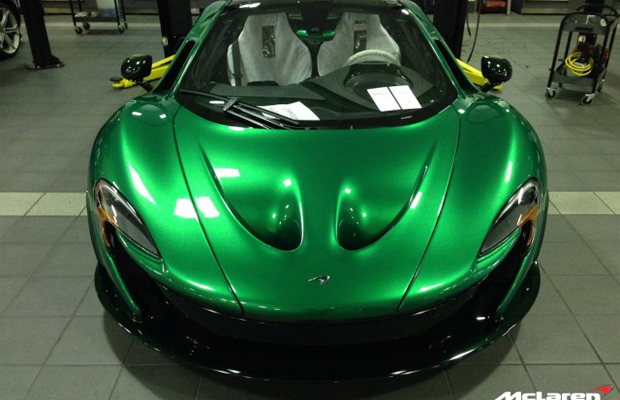 Deliveries of the McLaren P1 are in full effect across the globe, as customers have been receiving their high-performance supercars since the start of the year. A number of special one-offs have gone through the company’s production floor, but this emerald green model has to be the biggest headturner we’ve seen produced by MaLaren Special Operations. Sources from the auto staple claim the buyer opted for the shade once seeing it in person.

Those who aren’t up on the P1 should know the vehicle speeds from 0 to 100 km/h in less than 3 seconds, while hitting 0 to 200 km/h in under 7 seconds and 0 to 300 km/h in 17 seconds. Top speed is limited at 350 km/h. The inclusion of the Instant Power Assistant System helps achieve this, making the car 11 seconds faster than the McLaren F1.