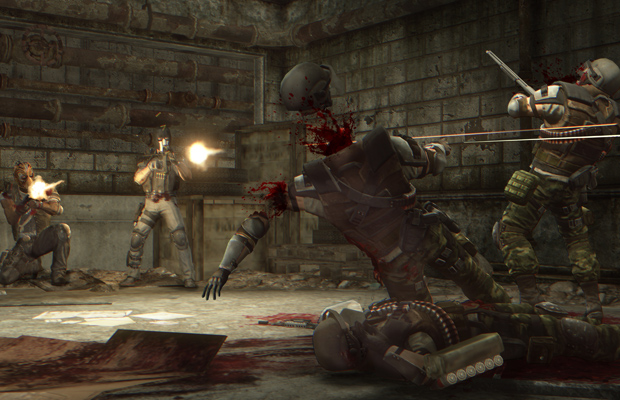 EA’s practically set for the rest of the year on big launch titles. So all focus is on its 2013 lineup. During its Naughty or Nice Holiday Showcase in NYC weeks back, EvolveTV managed to demo a number of upcoming games from the publisher, including the latest entry in the Army of Two series: The Devil’s Cartel. This time around, looks like more firepower has been added on the development end such as improved gameplay mechanics courtesy of the Frostbite 2 engine. Sweet. While the story remains under wraps for the meantime, Game Designer Greg Rizzer provides us a little info regarding the game’s darker tone, as well as new and retuning characters, plus the anticipation of a revealed backstory and insight on the multiplayer. Here’s our exclusive look at Army of Two: The Devil’s Cartel due out March ’13.