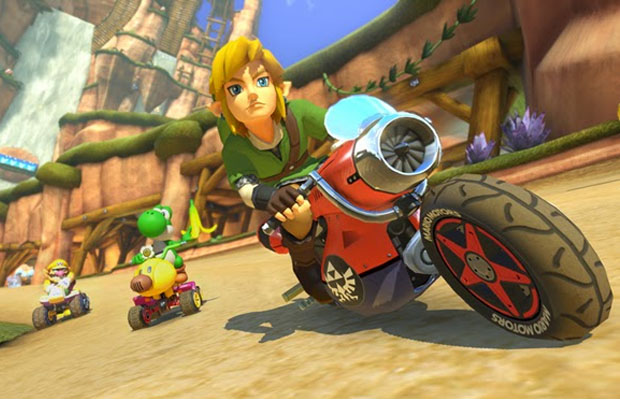 The Nintendo UK store has revealed that starting this November, the company plans for two downloadable packs for the Wii U racer. These will feature two new cups each, along with various amounts of vehicles and racers.

The first of these two packs, set for a November release, will include playable characters in the form of Tanooki Mario, Cat Peach and Link. Along with the new racers, there will be four new vehicles and eight more races.

The second pack, set for a May release, will feature Villager, Isabelle and Dry Bones. Along with these racers, we will again see four new vehicles and eight more races. If you purchase both of these packs, either together or separate, you will also receive eight different colored Yoshis and Shy Guys.

Could this introduction of non-Mario personnel to the Mario Kart universe could mean more additions to the Amiibo figurines? At E3 it was stated that these interactive figurines will work for Mario Kart 8, but Nintendo has not officially confirmed nor denied that theory just yet. Each of these DLC packs have been said to go for around $12.