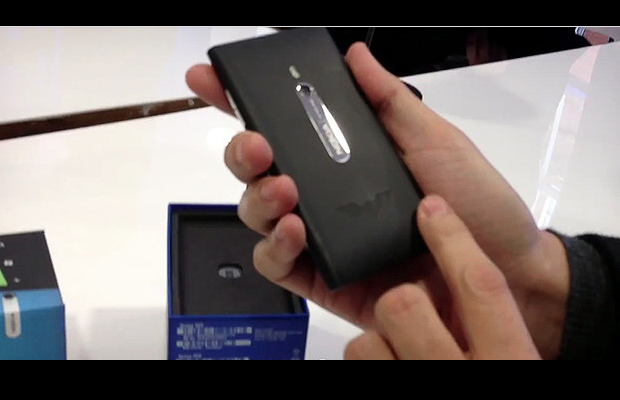 Nokia blogger Jon Choo has his hands on the limited edition Dark Knight Rises Nokia Lumia 800, which will most likely be Bruce Wayne’s new mobile of choice for the upcoming blockbuster film. The Windows Phone 7-powered handset dons an etched Batman imprint on the back and bears an exact resemblance to the standard Lumia 80 models. So how many devices does Nokia plan on releasing? Just 40. Damn. There’s no release date or pricing info on TDKR Nokia Lumia 800 as of yet, but we’ll definitely keep you posted on any future announcements. Watch Choo’s unveiling below.