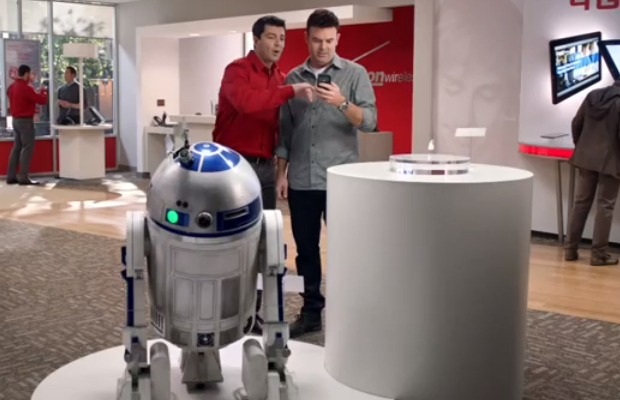 We could of sworn R2-D2 was a Motorola bot. After all, the mobile manufacturer did release a limited edition Droid 2 smartphone inspired by the Star Wars machine. Subliminal shot? Possibly. Shameless promotion for the 3D release of Episode I: The Phantom Menace? Rhetorical. Nonetheless, LG celebrates the release of the year’s first major Android powerhouse with the launch of the LG Spectrum, which was launched yesterday on Verizon for $200 (w/two-year contract). If you’re in the market for a new phone, you might want to look into it. Read up on the next-gen handset over at Verizon and enjoy the amusing commercial below.