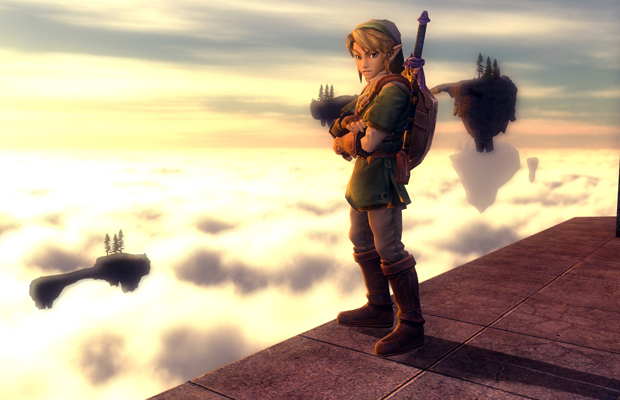 Leave it to a fanboy to spoil it for the rest of the Nintendo fans. Someone known as BY2K got a little to excited on the NEOGAF forums and decided to post spoilers for the upcoming Legend of Zelda: Skyward Sword: citing the October issue of Nintendo Power as his source and warning readers that “there ARE plot details! YOU HAVE BEEN WARNED!” What’s good with the Jigsaw tone? Anyways, if the anticipation is killing you, look ahead. If not, fall back, or build up your excitement by revisiting the Fire Temple trailer here. Remember: YOU HAVE BEEN WARNED!

– Ghirahim seeks to revive his master.
– The headmaster of the Knight Academy Link goes to is named Gaepora.
– Gaepora is Zelda’s father.
– Gaepora laugh like this “Hoo hoo hoo”, which seems Owl like.
– Zelda wakes up Link one morning to show him her dress for the Bird Riders ceremony.
– Noticing how lazy Link is about his flying training, Zelda pushes him off the edge of Skyloft.
– During the “date” after the competition, Zelda is trying to tell something to Link she’s been meaning to tell him for a long time, but is interrupted by a tornado.
– Link has premonitions of a black creature that shallows Zelda.
– During the attack of said tornado, Link is saved by his bird, which are called Loftwings.
– Fi appears in Skyloft after the attack and Link chases her all around Skyloft to the Goddess Statue.
– Fi was created by the Goddess to guide Link.
– The Sheikhas Stones are back has the game’s hint system.
– The Eldin Volcano’s dungeon is NOT the Fire Temple, it’s the EARTH Temple.
– The bullies are named Groose, Cawlin and Stritch. Groose, the red-haired one, has a big crush on Zelda.
– Other characters includes Pipit, a senior student and bird expert. And Fledge, a nice guy but kind of a wimp.
– Link’s sword is referred to has the Goddess Sword and appears to be its official name. It is no longer called the Skyward Sword. Link gains the Goddess Sword before getting his green tunic.
– The Earth Temple’s boss full name is: “Pyroclastic Fiend Spaldera”.
– Link raids a Bokoblin camp in Eldin to get the area rid of them. You earn the Digging Gloves and the Bomb Bag as a thanks.
– Nintendo Power makes the theory that Ghirahim’s master is the black creature Link has nightmares about.
– The woman currently believed to be a Sheikah is very “ninja-like.”

– Night/Day transition does not occur in real-time. Link must go to bed and choose to get up at night or at day.
– Monster appear during the night. Cats become aggressive. The cats are apparently the freakiest enemies you’ll encounter.
– The HUD can be customized. Standard, Light and Pro. Standard shows the full controller overlay and button functions, Light only the buttons and Pro is almost completely clean.
– The only way to save your game is with the birds statues. They are pretty much everywhere, including mid-dungeon and right before boss rooms. From the Sky you can return to any activated statue.
– Almost everything in the environment can be interacted with.
– The Sword Beam is called a Skyward Strike.
– Skyloft is said to be gigantic.