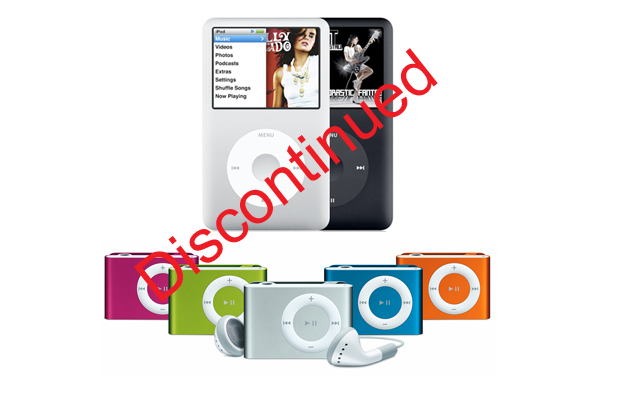 Rumors earlier in the year claimed Apple was leaning towards discontinuing two of its biggest sellers, the iPod Classic and iPod Shuffle, to introduce new multi-touch versions of its iconic media players. While the Cupertino Clan have yet to make any announcements, TUAW is reporting that the company will in fact retire its physical-button offerings, possibly during next week’s iPhone 5 announcement. Reporter Victor Agreda Jr. refused to give up his sources, but did mention that person who provided him this info was “NOT an analyst.”

Analyst Brian Blair over at Wedge Partners had made a few predictions concerning the iPod Classic’s demise last week, as well as some unexpected updates for the iPod Touch: including an improved camera, 3G capability, and an all-white model. Yes, white is the new black. The Classic is celebrating its 10-year anniversary. Nice way to go out huh? Not cool.