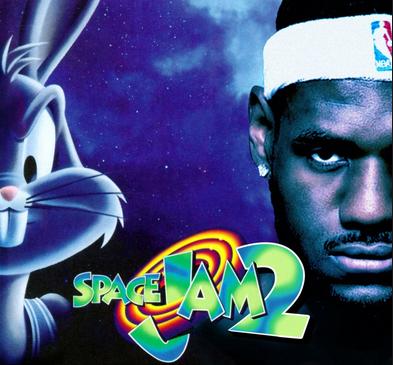 All that is known at this point is that a deal is in place between the Cleveland Caveliers star and Warner Bros. However, internet speculation is putting the dots together and truth be told, it very well could be possible that a sequel to the live-action-animated mash-up starring the iconic Michael Jordan and the Looney Tunes, including Bugs Bunny, Daffy Duck, Sylvester the Cat, Tweety Bird, Lola Bunny, etc. is in fact in the works.

“LeBron James has one of the most powerful, well-known brands in the world and we are excited to be in business with him and his partner, Maverick Carter, and SpringHill Entertainment,” Warner Bros. chairman and CEO Kevin Tsujihara said in a statement after the deal between his company and James’ SpringHill Entertainment was announced Wednesday. “The combination of LeBron’s global media presence and Warner Bros.’ unmatched production and distribution expertise is a big win for fans everywhere.”

Who knows. But thanks to sharp-eyed Capital New York editor Alex Weprin, we do know this much: Warner Bros. recently filed new Space Jam trademarks.

You know what? Why not! Beetlejuice might get a sequel, Ghostbusters is being rebooted and franchised, let’s add another 90s box-office hit on the docket to get a sequel. LeBron James seems to be this generation’s Michael Jordan so maybe this can happen if the right elements come together.