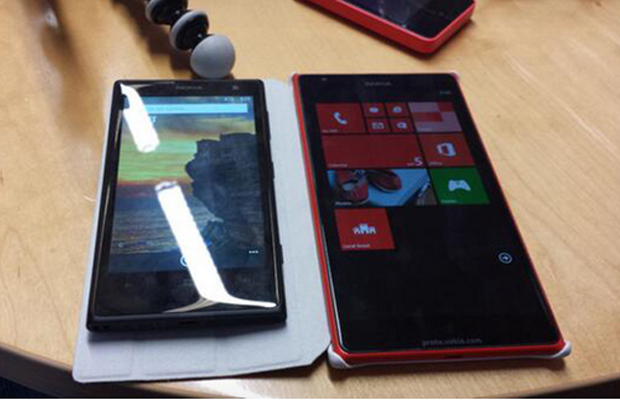 Phablets are becoming the next big thing on the mobile scene thanks to the introduction of the Samsung Galaxy Note last year. One of the most popular smartphones to fall under the category is the Nokia Lumia 1520, which had been rumored as cancelled by the Finnish telecommunications giant. Looks like Nokia can’t keep a lid on its undeveloped projects as a forum member on The Verge unveiled this photo of the handset. The Lumia 1520 is said to flaunt a 6-inch (1080p) screen and runs on a Qualcomm Snapdragon quad-core processor. More hearsay continues to surface online with reports of AT&T and other carriers looking to sell the device sometime in November to compete with the Galaxy Note 3. Let’s see if the codenamed “Bandit” ever comes to fruition and carries over the mind-blowing camera found on the Lumia 1020.