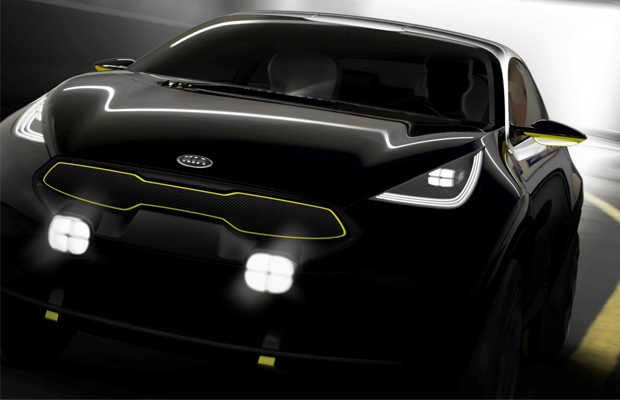 The 2013 Frankfurt Motor Show is around the corner and several automakers are teasing their next-gen whips for the international auto expo. Lamborghini already announced plans to unveil its Gallardo LP 570-4 Squanda Corse speedster. Now Kia is putting everyone on notice, shooting out this teaser image of its new hatchback concept. Described as a “dramatically-styled subcompact,” the prototype looks to tackle the company’s small car pedigree and could possibly hit the production floor sometime in the future. We’ll have a final look at the car come September 10th.